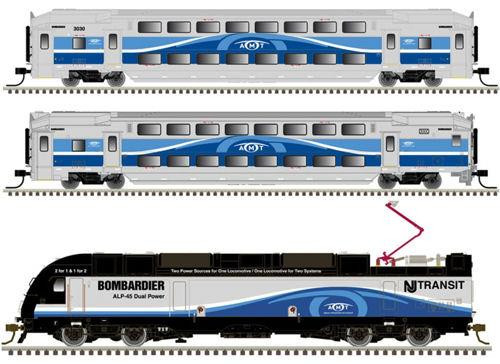 Concurrent with its purchase of ALP-45DP locomotives, NJ TRANSIT also purchased 62 multi-level cab cars from Bombardier Transportation. These cab cars are used on the opposite end of the train from the ALP-45DP locomotive to facilitate "push-pull" operations, where the engineer in the cab car can control the locomotive pushing from the other end of the train. A cab car provides an engineer with all of the same controls as a locomotive cab, allowing the train to reverse direction without turning around. Cab cars also include all standard locomotive safety features, such as a horn and bell.